Why We Recommend SaaS for Videos 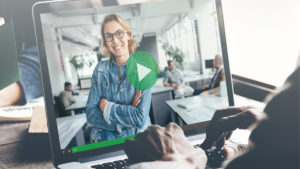 Our video experts are frequently asked about switching from on-premises to SaaS and usually encourage it. Since this topic is often raising many questions, we would like to address them and explain our position by outlining why we recommends SaaS for video content.

A recent report stated that 77% of all enterprises have at least one application or a portion of their enterprise computing infrastructure in the cloud [1]. This newly introduced SaaS-powered workplace holds plenty of advantages, particularly for video. Our video experts have decided to draw a few of our arguments that explain the million-dollar deployment question: why we recommend SaaS for videos.

A common misconception is that information is more secure when managed internally. In fact, most high-profile breaches we’ve read about— from JP Morgan Chase to Target to Facebook—didn’t involve a cloud security breach. Infosec Institute has researched some of the more infamous cyber-attacks and found most hacks were successful where human error was present.

In contrast, modern SaaS solutions have additional strict data security policies. You could compare the two schools to burglar-proofing your home vs. depositing your goods with a well-established bank that maintains multiple levels of security. movingimage, for instance, employs 4 different security levels for its Enterprise Video Platform:

Some vendors provide expert supervision of network and server security. Microsoft Azure, for example, is a vendor with decades of experience, unrivaled reputation, and security mechanisms to match.

Microsoft Azure provides fully ISO-27001-compliant datacenters with redundant storage – including the ability to replicate content to different regions. Their cloud service is operated 24/7 by Microsoft’s team of specialists dedicated solely to security, who are constantly looking for breaches and ways to prevent them.

movingimage is the only Enterprise Video vendor to exclusively use Azure Cloud services. The Company relies on Azure servers in Amsterdam to maintain the highest level of security. Since data is stored in a European-based cloud, it is also protected by European legislation and cannot be accessed by unauthorized bodies.

movingimage has created a platform that is secure by design at all levels, from the underlying infrastructure, through application-level security, all the way to content delivery to authorized viewers.

Some of movingimage’s general security measures include routine penetration testing by certified external parties; support for automated ‘unpublish’ and ‘delete’ actions; and the concept of “single source” (one source video, which could be published or unpublished from multiple locations).

The authentication level provides central authentication and identity management by Role-Based Access Management (RBAC), following the concept of least privilege to ensure only authorized users are granted access to data.

Lastly, all data is encrypted in transit and at rest, meaning data is turned into a code that is practically unreadable. movingimage uses built-in encryption of the blob storage managed by Microsoft, shielding data also from Microsoft Azure’s operation staff.

Video Is Not Suitable for On-Premises

Could your company deliver video to 1,000 concurrent users? Our educated guess would be a definite “no.” The reason is video tends to have higher media requirements than other types of IP traffic due to its size. Without a proper media solution, your video performance is bound to suffer from a variety of problems, ranging from bottlenecks to a complete outage.

The transcoding process, for example, is much more effective and quicker in the cloud. A 15-minute video would take approximately 15 minutes to transcode in the cloud and more than one hour to transcode on-premise! Given the staggering growth rate of video consumption, on-premises deployment may not provide companies with enough bandwidth to ensure high-quality video content without any lag, especially in the case of worldwide video streaming.

SaaS, on the other hand, boasts an infinite scaling ability. In fact, scaling is one of the most valuable features of cloud computing. It allows businesses the flexibility to scale data storage capacity up or down, depending on their demands. Since Microsoft’s cloud infrastructure is composed of multiple endpoints spread around the world, it allows seamless video streaming whenever, wherever, on any platform.

Saas Can Be Deployed Immediately

SaaS can be easily and immediately deployed since it is provided by the vendor as a readymade, tested, and provisioned product. Not only does on-premise deployment take longer—anything from 6 to 12 months—but it also involves hardware and underlying software licenses, dedicated personnel, and—as a result—increased expenses, which brings us to the next point.

Discover more reasons why you should be using SaaS for video content! Download our full white paper below: 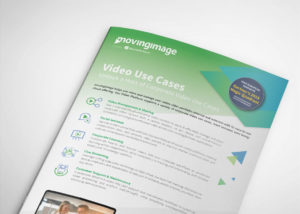 Video as the New Enterprise Standard
On Demand Webinar
43 min 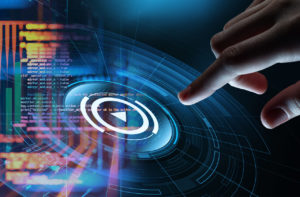 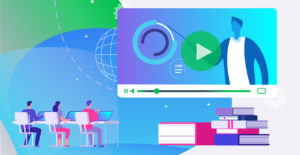 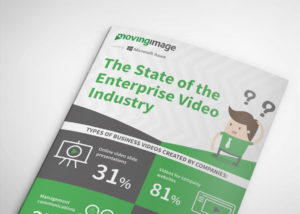 Video for the enterprise communication (DE)
On Demand Webinar
32 min 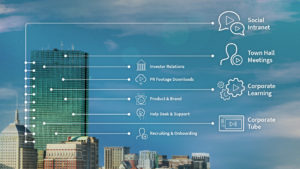 How to Choose an Enterprise Video Platform
Whitepaper
Searching for something else? Look into our knowledge base, where we keep all the good stuff…
Access Our Knowledge Base
We are 100+ people plus one pug who live and breathe video
See open positions