How Video Can Boost Your Business 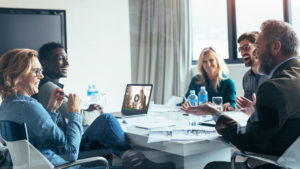 In the following blog, we will show you how video can boost your business by presenting some of the more popular enterprise video use cases. Let this article inspire you and pave your way to business video greatness!

How Video Can Boost Your Business Intro

Studies show that the human brain processes images 60,000 times faster than text and that 90 percent of the information transmitted to the brain is visual. These findings may explain why video has become popular not only among individual media consumers but also among employees at all levels and in various business environments. With video traffic accounting for 82% of all consumer Internet traffic by 2021, video seems to be more prevalent than ever. Nevertheless, and despite its growing popularity, not all enterprises seem to realize the extent to which this medium can contribute to a myriad of online activities. Among which are:

According to a Towers Perrin research, employees identify senior leadership communication as one of the key elements of communication effectiveness. Corporate town hall meetings aim to realize this goal by empowering managers and members of the leadership to discuss various topics of interest with local or remote employees and other attendees via live streaming.
Unlike standard meetings, town hall meetings are characterized by live audience participation and are usually followed by a live Q&A session. This process allows speakers to share relevant information with employees while fostering transparency and ensuring everyone understands the values and goals of the company.
Thanks to advanced video technologies such as those used by movingimage for its webcast feature, thousands of viewers can take part in virtual, corporate town hall meetings and enjoy a buffer-free, high-quality video experience. Such an example is the VW first-ever live broadcast town hall meeting. Watch how movingimage helped Volkswagen to deliver live video streaming to 10,000 concurrent viewers. 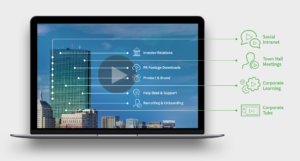 Videos have become an integral part of social media strategy thanks to their positive effect on engagement and response rates. In fact, 90% of all consumers say that video helps them make buying decisions. Yet video can be just as useful for social media within the organization itself—a term known as “social intranet”—as it is for social media on the internet. Not only is video highly engaging but it also allows people to collaborate with one another and exchange ideas and opinions effectively and securely. Social intranet videos can even accommodate internal changes, as illustrated by the pharmaceutical titan Pfizer.
In 2006, Pfizer announced that it’s in the process of a major overhaul and a complete re-organization of the existing structure. To assist employees to adapt to the change and alleviate their concerns, the company decided to launch and promote internal “video diaries”—ten employees who would represent every dynamic in the new structure and different roles at every level of the hierarchy. Few months into the process, staff members reported they felt more engaged, more secure about the future, and, most importantly, familiar with the new structure.

A Corporate Tube, often referred to as a “YouTube for the enterprise,” is a customizable, secure corporate video portal dedicated to company videos. This versatile and intuitive portal can serve multiple purposes, including corporate learning, social intranet, and town hall meetings recordings. Its features include division into channels, external or internal video delivery options (eCDN/CDN), metadata, and interactive collaboration features such as rating, uploading, and comments. The result is a user-friendly corporate portal that allows employees to create, share, and stream selected video content on any device or web browser. The portal adds an interactive layer onto corporate “standard” applications and transforms each one into a digital, efficient communication means. Click here to view what movingimage’s Corporate Tube, simply called CorporateTube, looks like.
Learn more ways in which video can boost your business:
Download the full e-book here 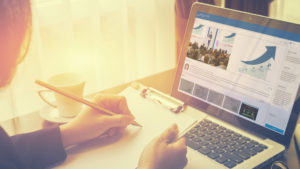 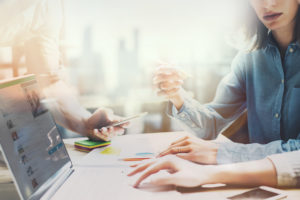 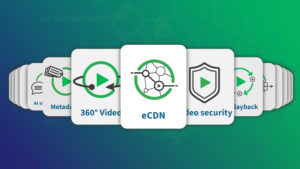 Enterprise Video Management: Are You Doing It Right?
Blog Post 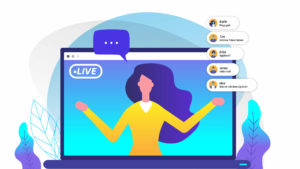 What is a Webcast: The Simple Guide for Companies
Blog Post 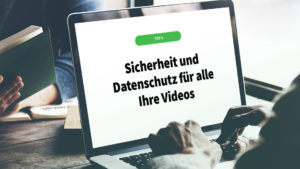 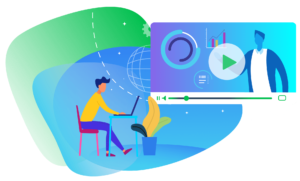 Live Streaming for Business: How to Get Started [2021]
Blog Post 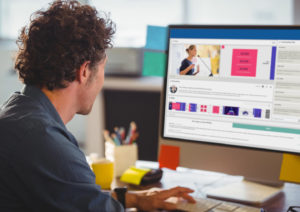 What You Need to Know About Video Collaboration
Blog Post 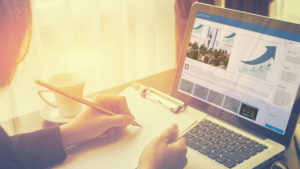 5 Benefits of Using a Webcast
Blog Post
Searching for something else? Look into our knowledge base, where we keep all the good stuff…
Access Our Knowledge Base
We are 100+ people plus one pug who live and breathe video
See open positions